A snapshot of all the major election promises can be viewed, with an option to explore the breakdown by priorities of the current government by policy area. 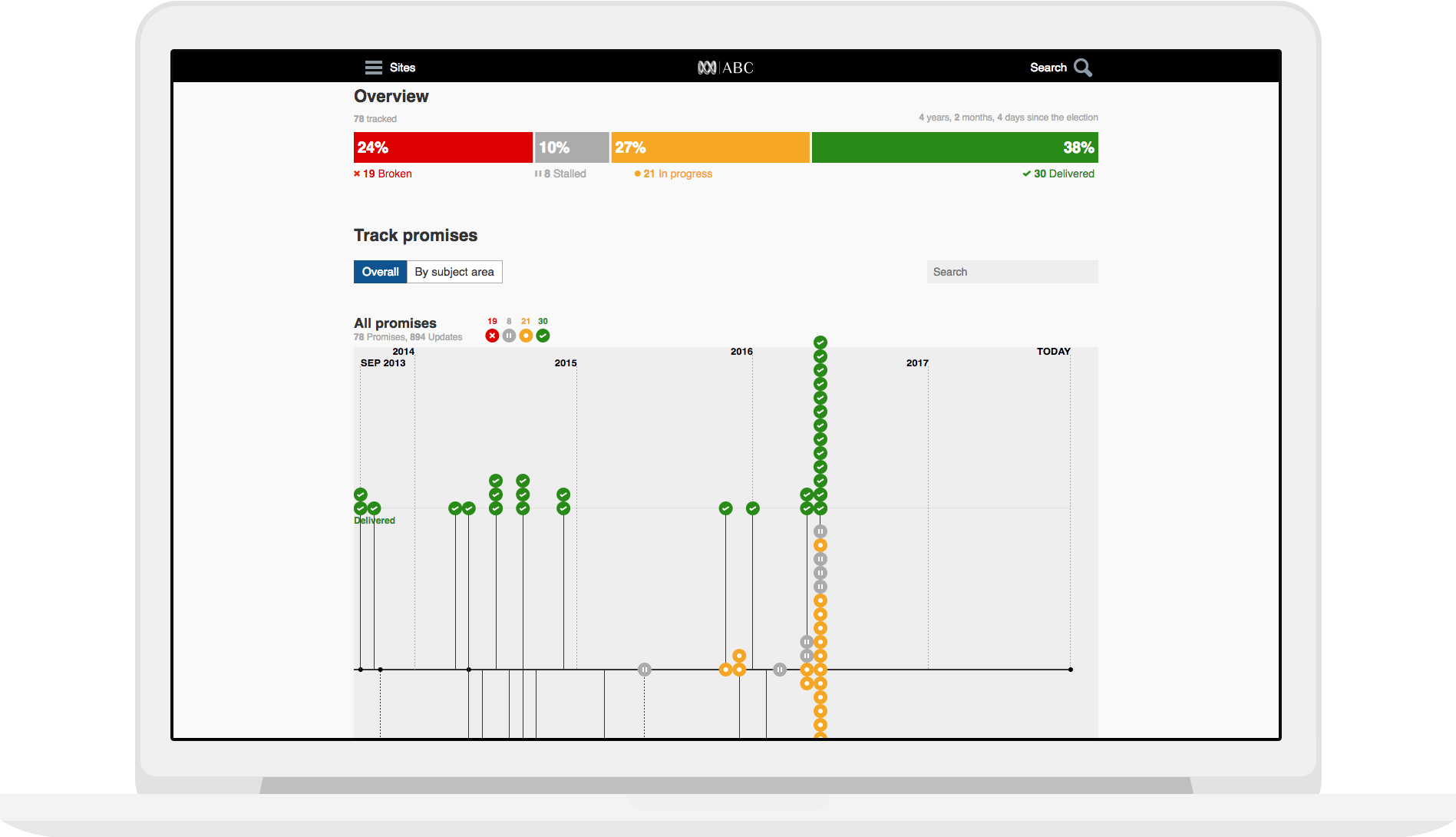 The two major parties made a long list of promises in the lead up to the 2013 Australian federal election. A resource of major promises by the current (2014) Coalition government was missing from the public debate. ABC’s Fact Checking unit commissioned Small Multiples to create a suite of visualisation modules, and the underlying publishing system for making election promises transparent to the Australian public.

A closer look at individual promises can be accessed by hovering over the red, green or yellow bubbles. 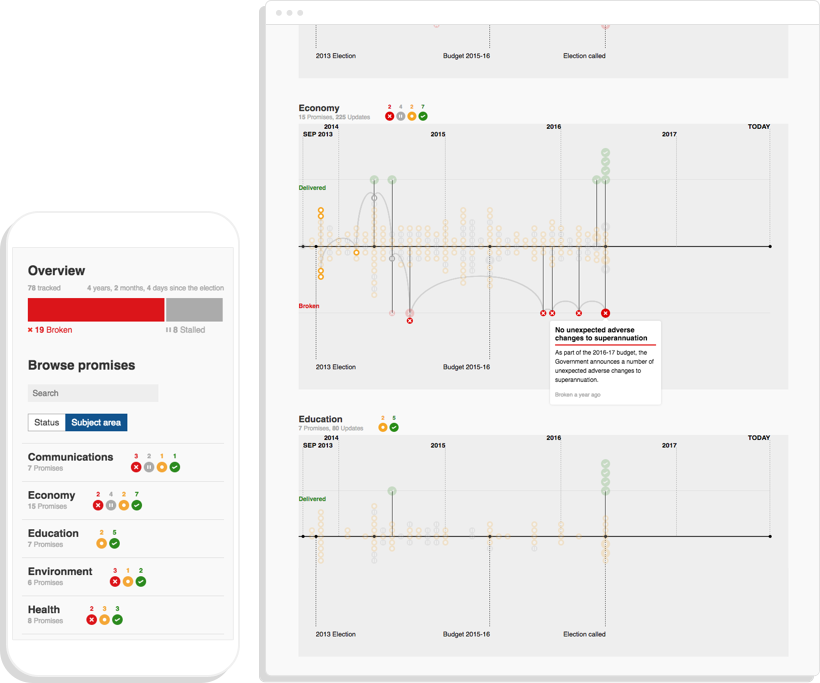 Featured in ABC News segment on day of launch and in Fact Check weekly wrap program.