The profile of migrants to Australia is changing. Driven by people born in North-East Asia, South Asia and Central Asia, the migrants of this millennium are financially better off than their 20th century counterparts. In this article, we've mapped the settlement patterns of these relatively wealthy residents (permanent or otherwise) in Australia's capital cities. We hope that by adding context and visuals to this data, human stories will emerge that can't be read from census spreadsheets. 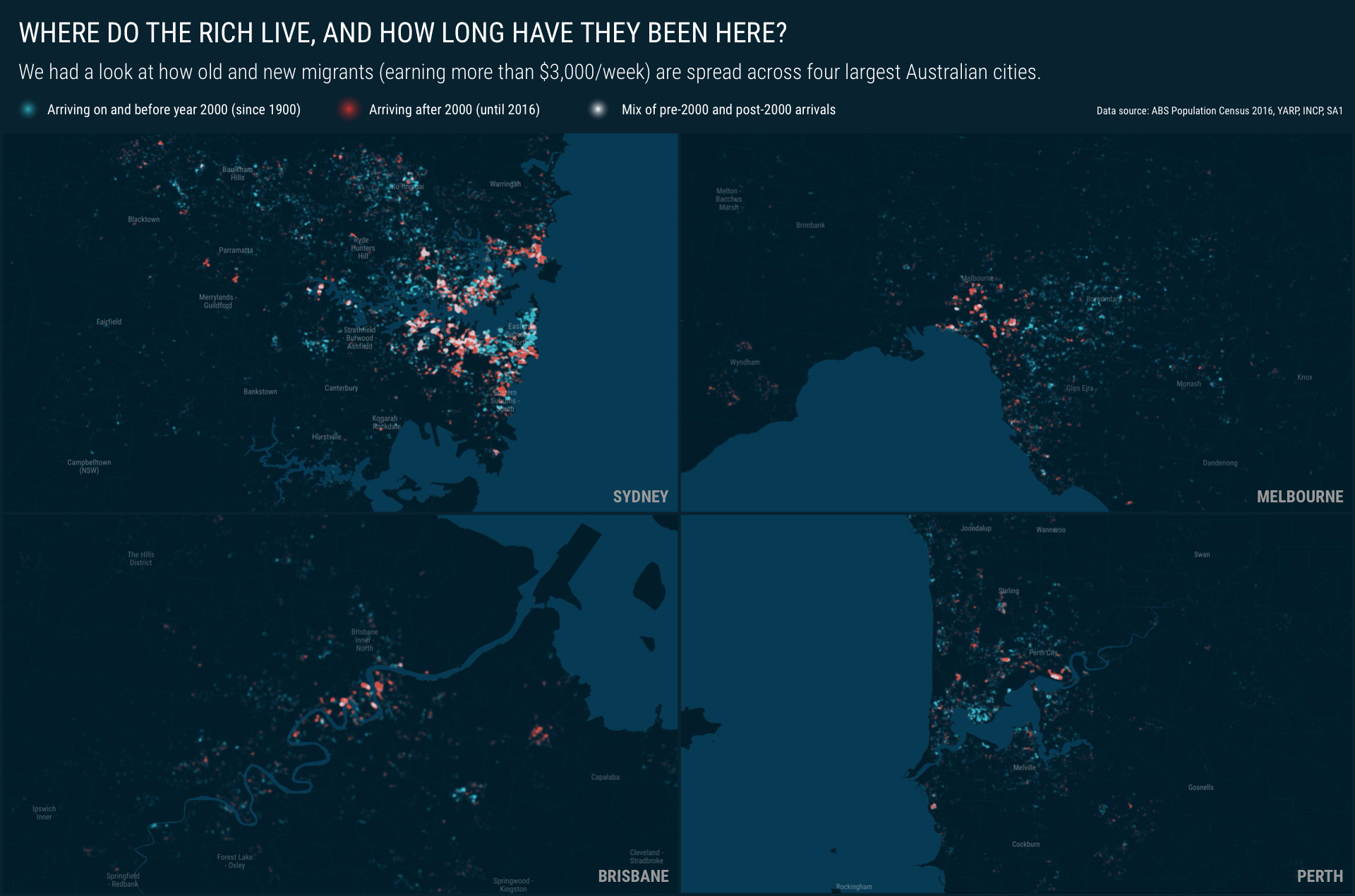 The origin of migrants has dramatically changed since the year 2000. Asian-born migrants (mainly from China and India) have overtaken the once dominant Europeans (mainly from the British Isles).

A higher income means more choices. Coastal areas, city centres, and leafy suburbs seem to be universally preferred by wealthy migrants (those with a personal weekly income of $3,000 or more).

These maps show the concentration of people:

The smaller number of migrants (and lower overall population) in these four cities did not allow us to paint a clear picture of settlement patterns. However, the maps of these smaller cities do help us visualise the stark contrast with the more populated metropolises where most migrants choose to live. 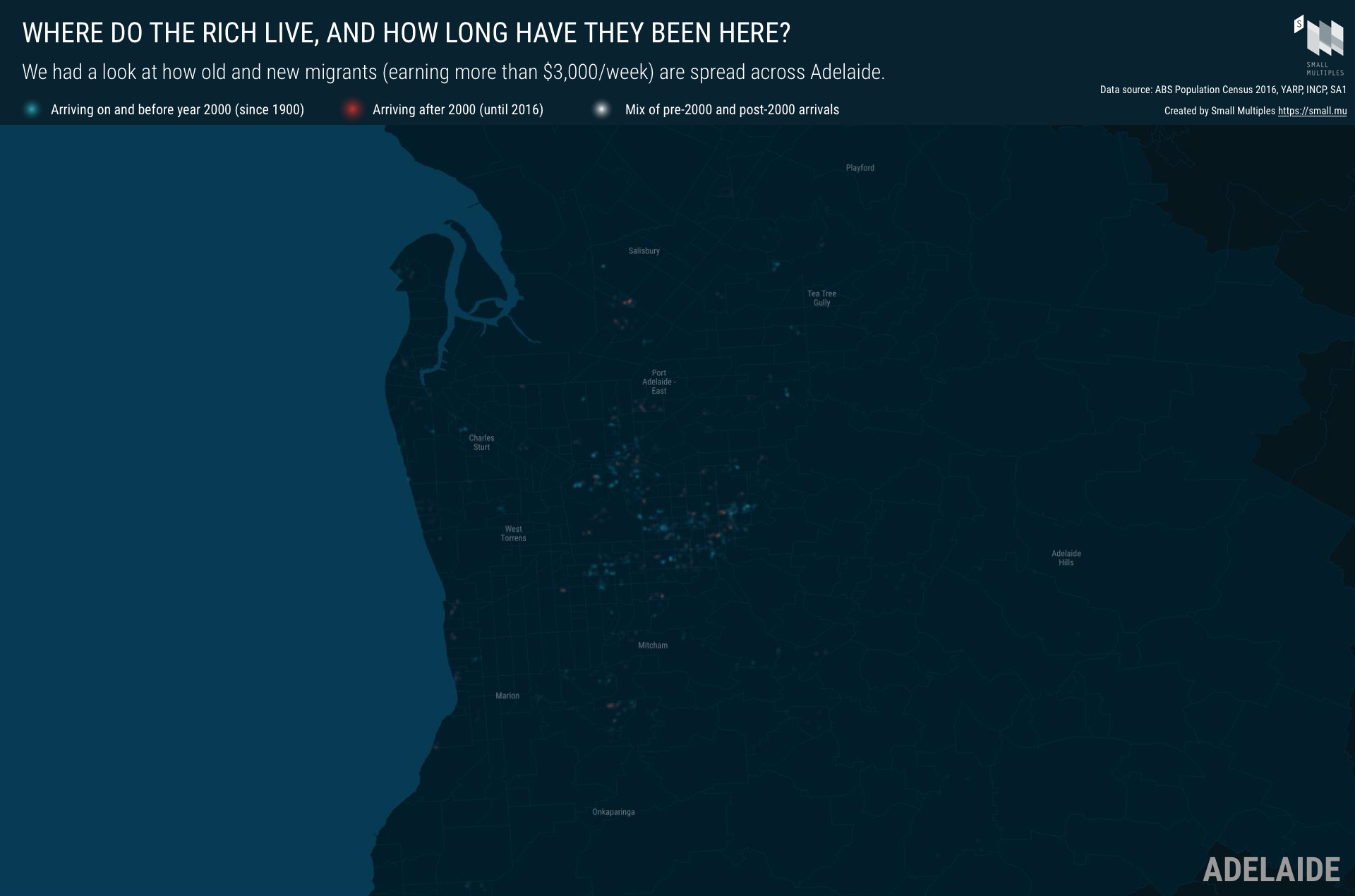 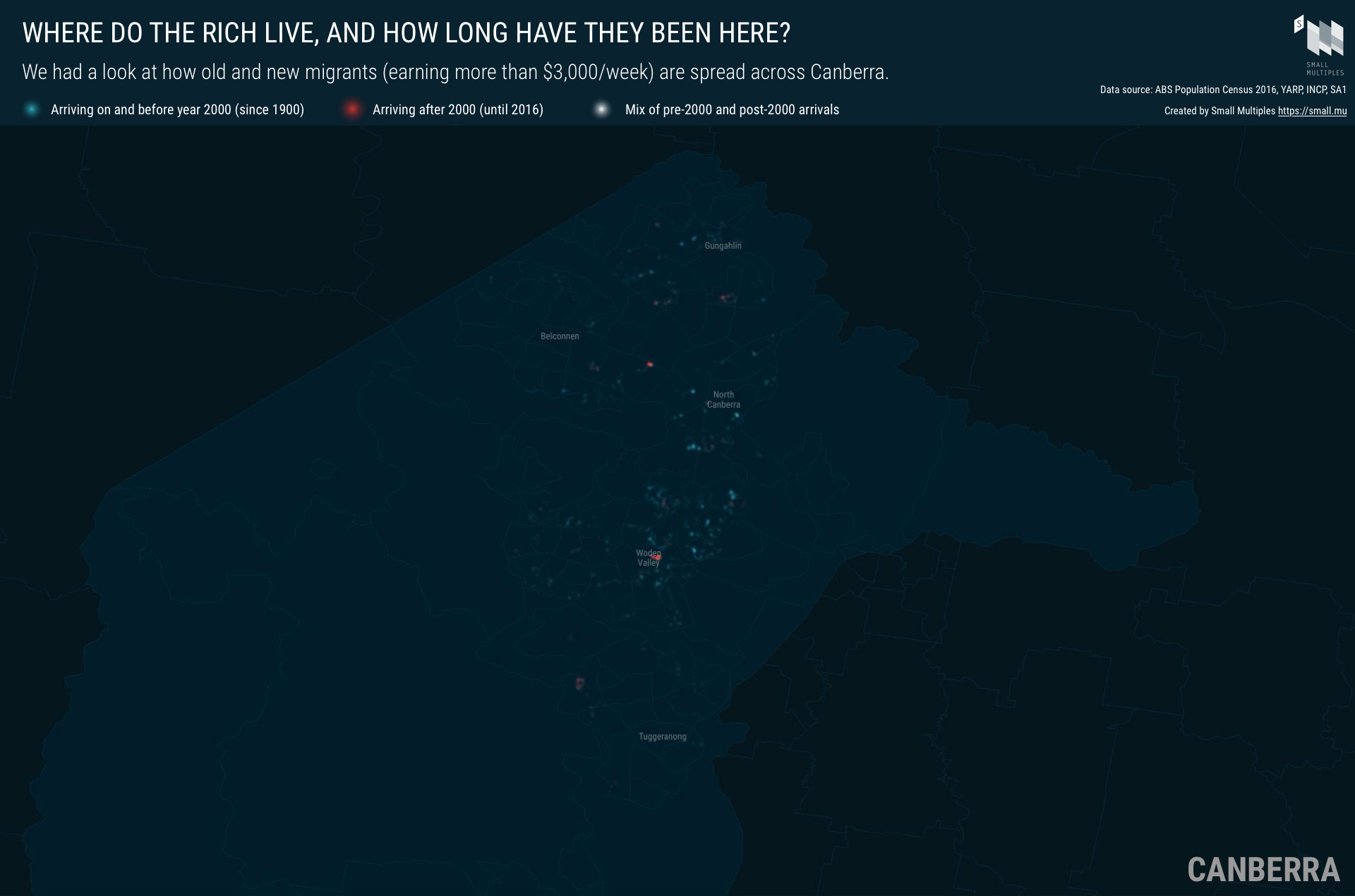 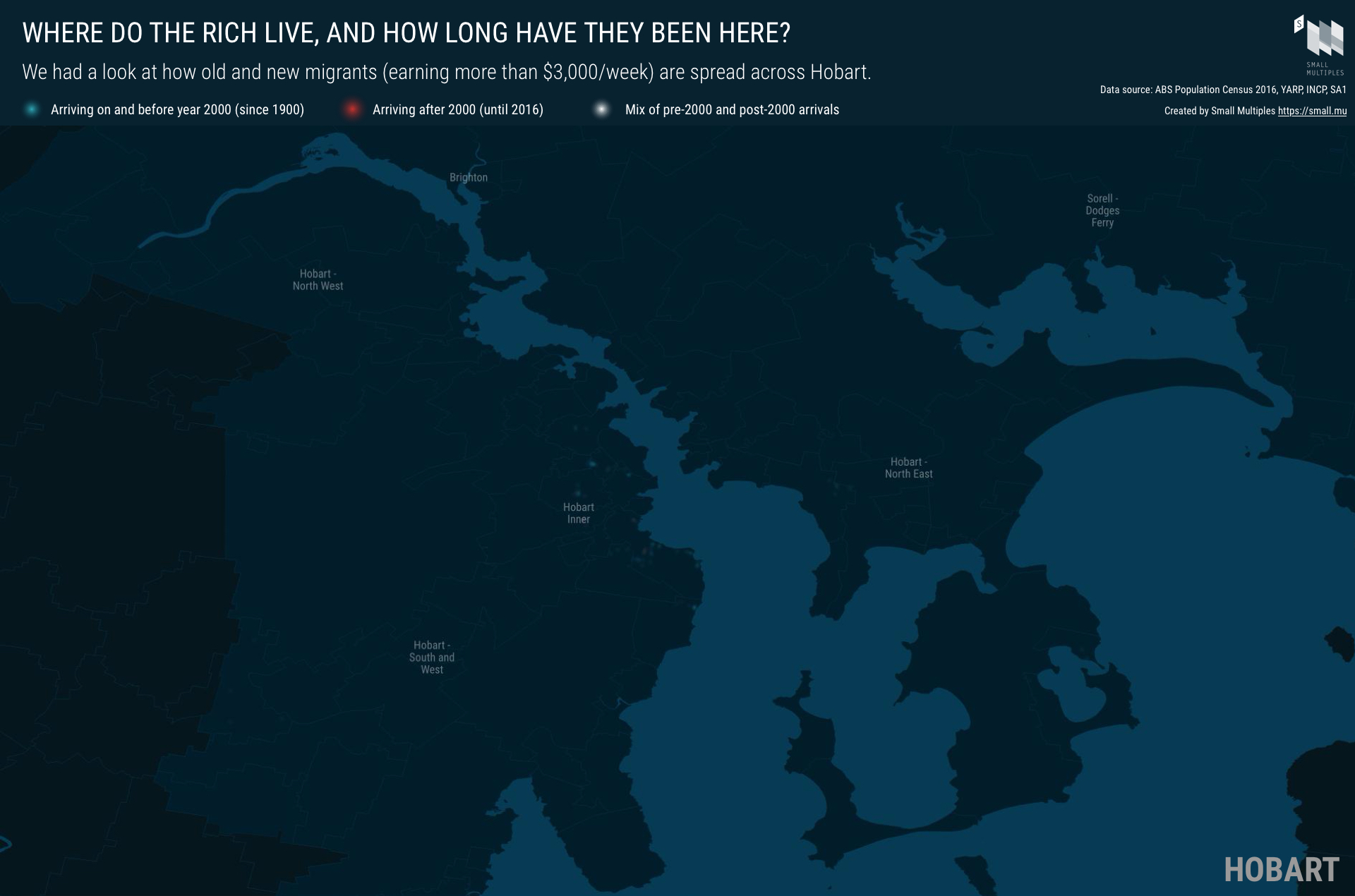 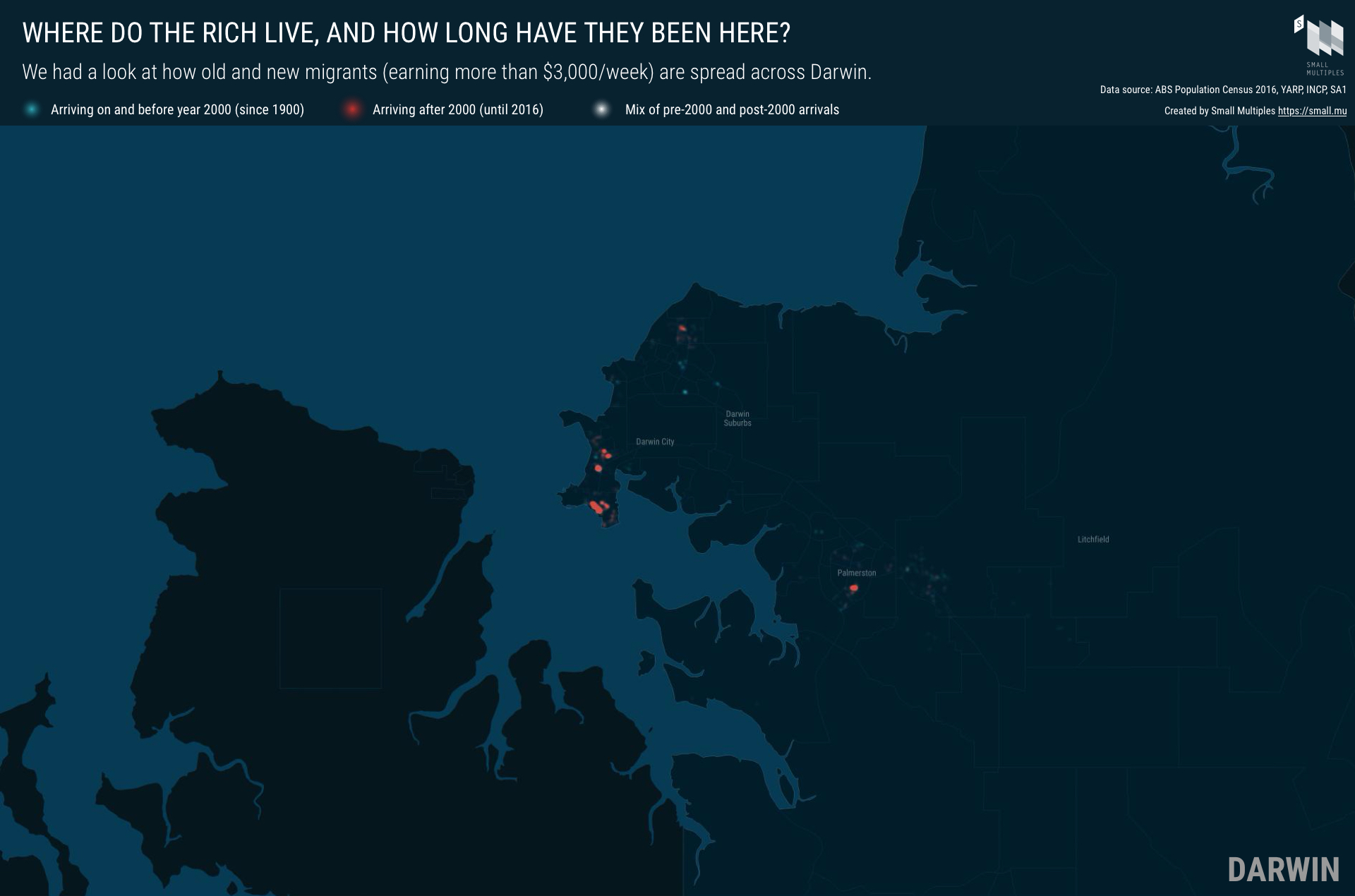