We mapped 8,615 Chinese characters (hàn zì) according to their visual similarity. Search for a character by "pinyin" spelling or explore the map by zooming into clusters of similar looking characters. Once a character is selected, similar sounding characters are also highlighted to demonstrate the complexity of the Chinese writing system. 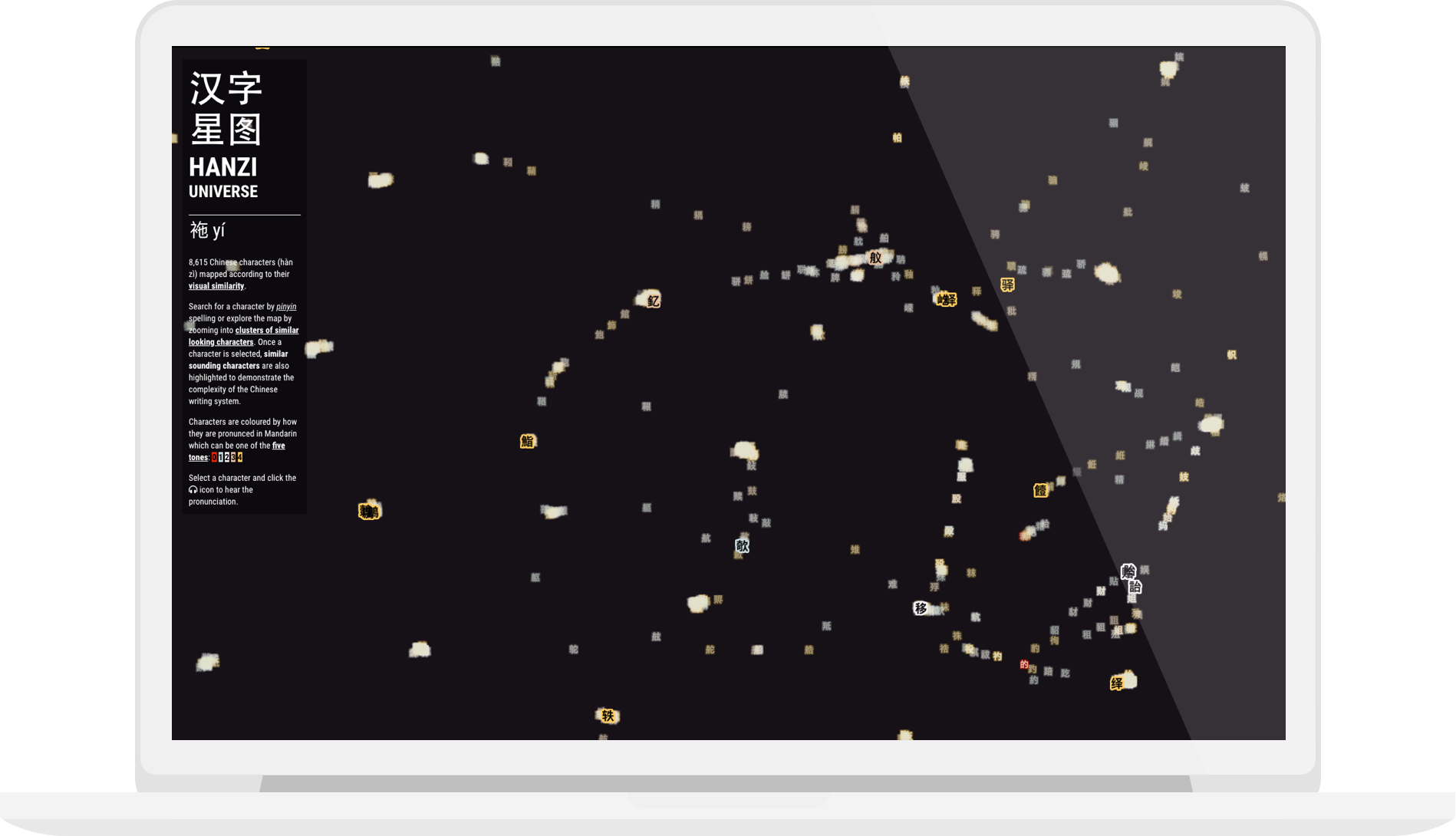 The short answer is yes. The Structural Similarity Index scores paired with force directed graph have done an amazing job in organising many similar looking Chinese characters into clusters. 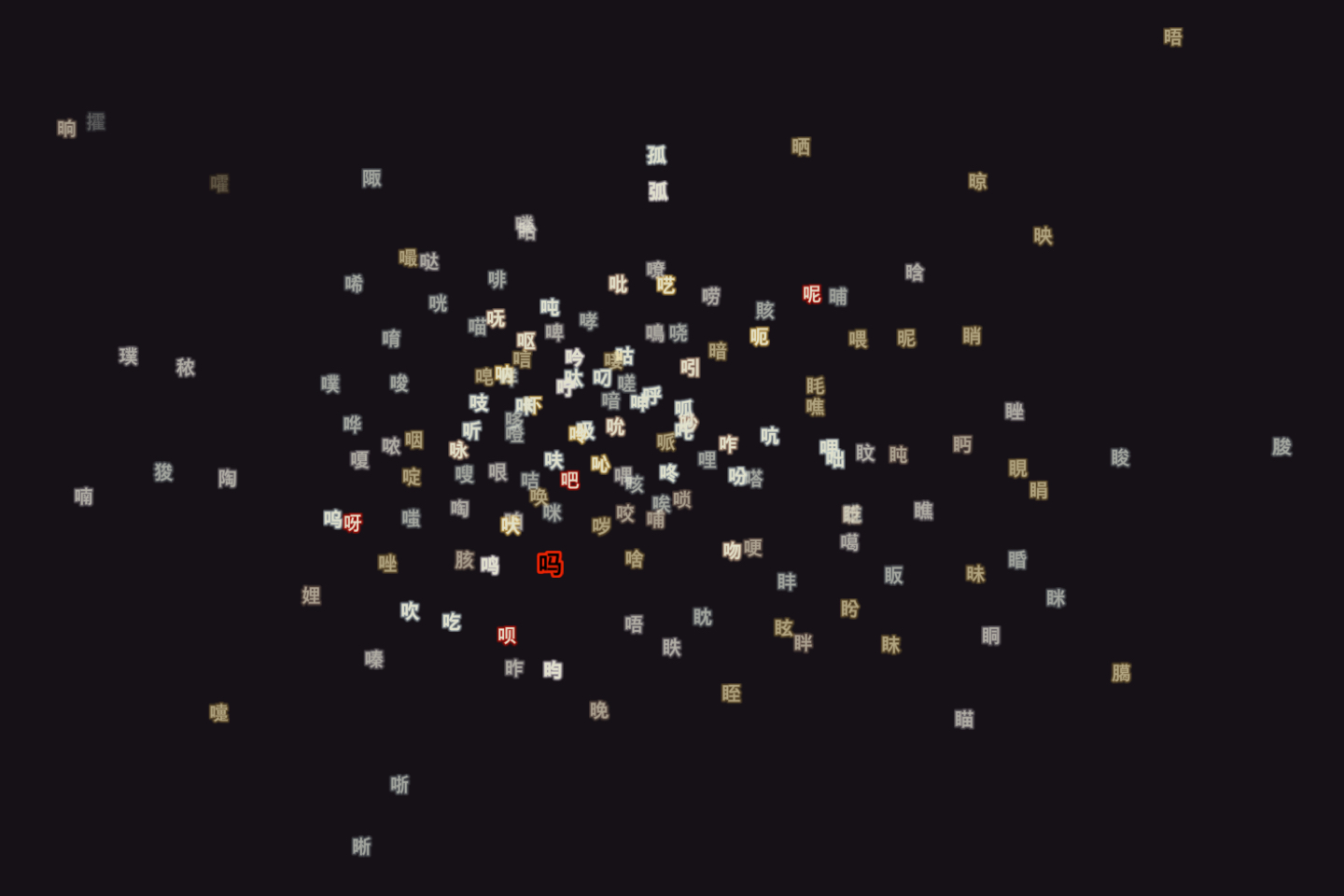 Hidden patterns within the complexity 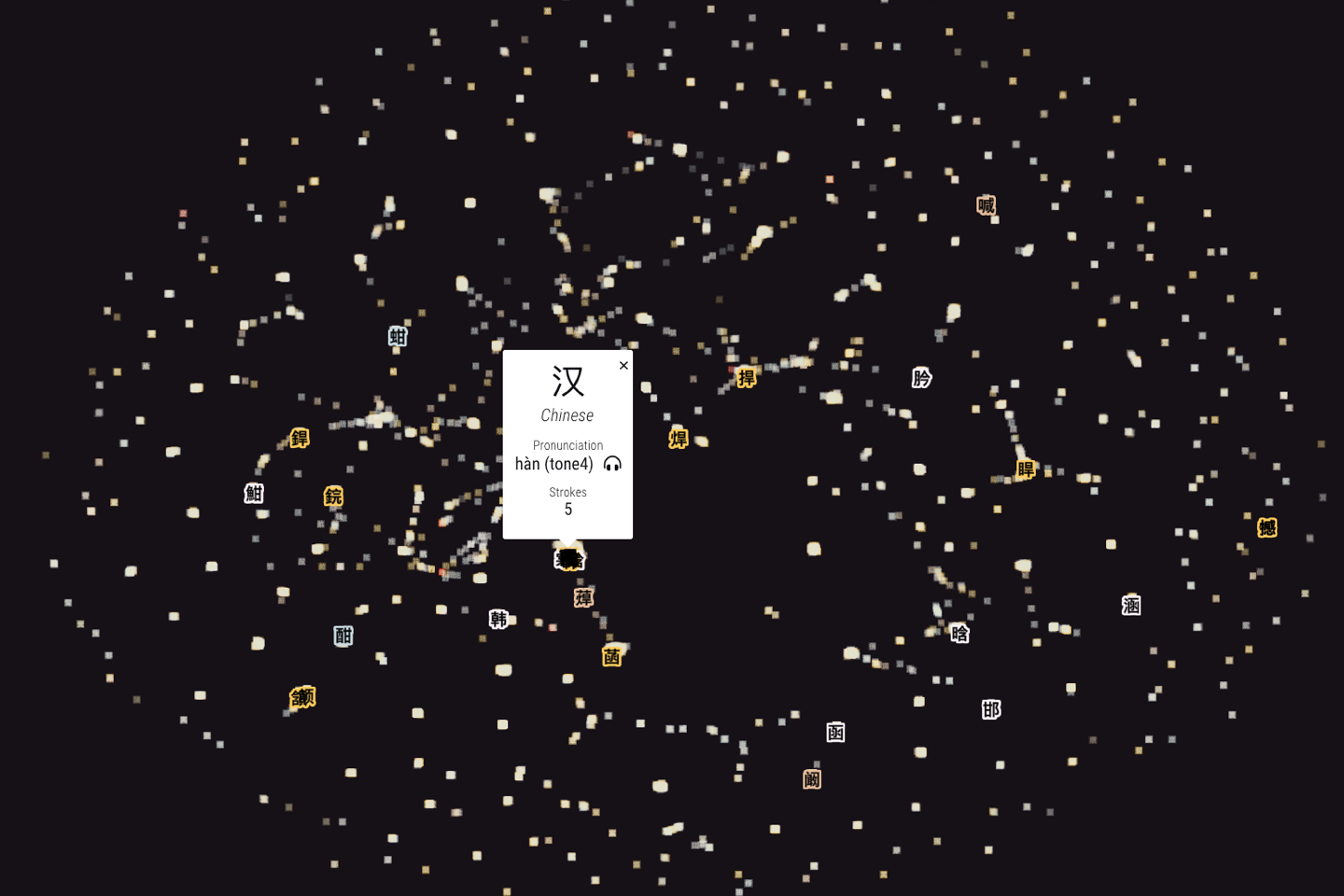 For all characters that are pronounced ‘han’, you’ll see instances distributed across the whole map. The fact that 汉 (hàn) looks nothing like 焊 (hàn), even though they sound exactly the same, is an indication of the complexity of the Chinese language. Upon close examination, you’ll notice many of these ‘han’ characters possess the same phonetic component (right part of the character), like 焊, 悍, and 捍.

Where the algorithms failed

Our method of clustering by structural similarity seems to have limitations when dealing with a subset of characters that are very simple (less number of strokes to write), or very complex (lots of strokes). These characters get pushed into a large clump with no apparent relationship to each other. 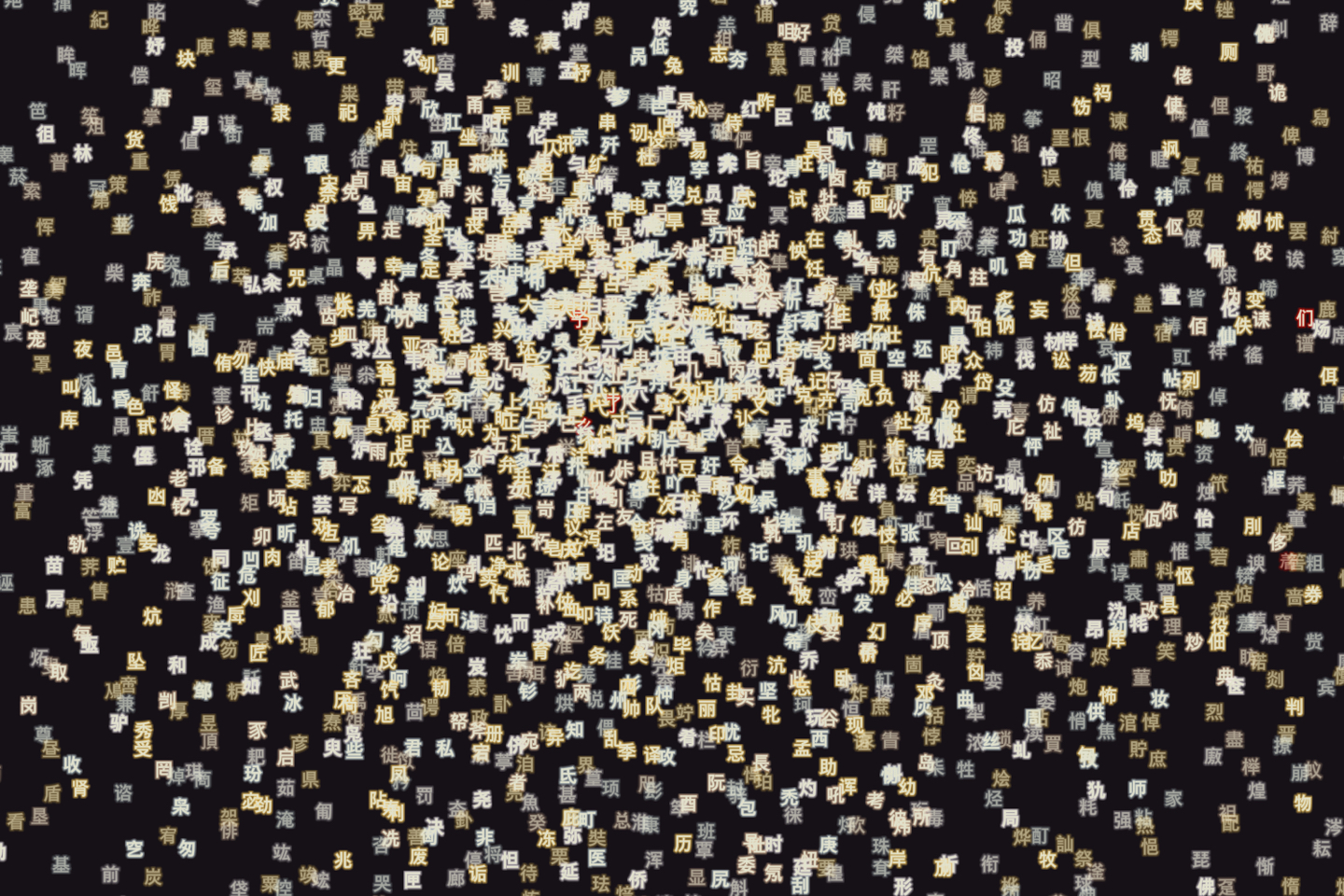