We geocoded the casino's Star Express Timetable and plotted the stops on maps showing the distribution of non-english speaking populations in Sydney.

Where does the casino pick up punters in Sydney? (2011 data)

Inspired by the SMH article “Casino buses in migrants who hope ‘to live beyond their means” (Heath Aston; December 11, 2011), we created a series of maps to show the influence of The Star casino on migrant communities in Sydney.

The Star Express shuttle bus network operates on routes between The Star casino and targeted suburbs across greater Sydney. Ten routes service many suburbs that have high migrant population from non-English speaking backgrounds.

We geocoded the casino’s Star Express Timetable and plotted the stops on maps showing the distribution of non-english speaking populations in Sydney.

How to read the maps 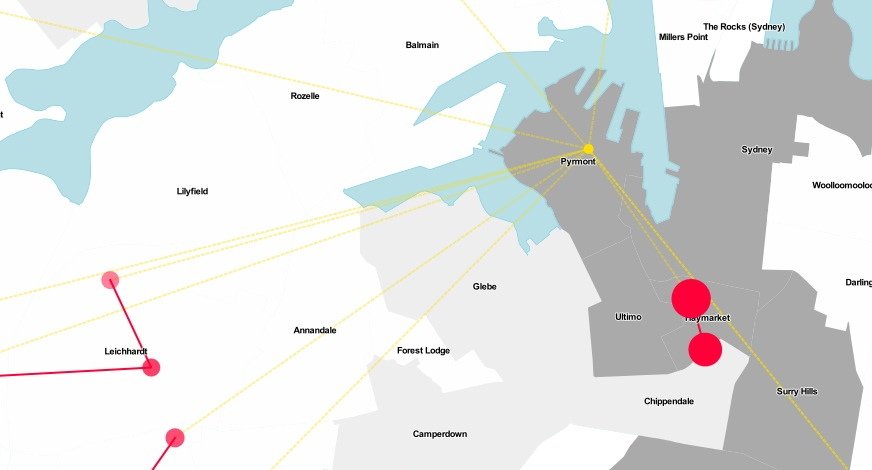 Route 88 88 symbolises fortune and good luck in Chinese culture. It’s no surprise the casino runs the most frequent service near Chinatown (Haymarket) - 34 pick-ups per day with an average waiting time of 28 minutes.