The PatSeq Explorer offers a view of an entire genome, with patent documents and sequences mapped alongside. 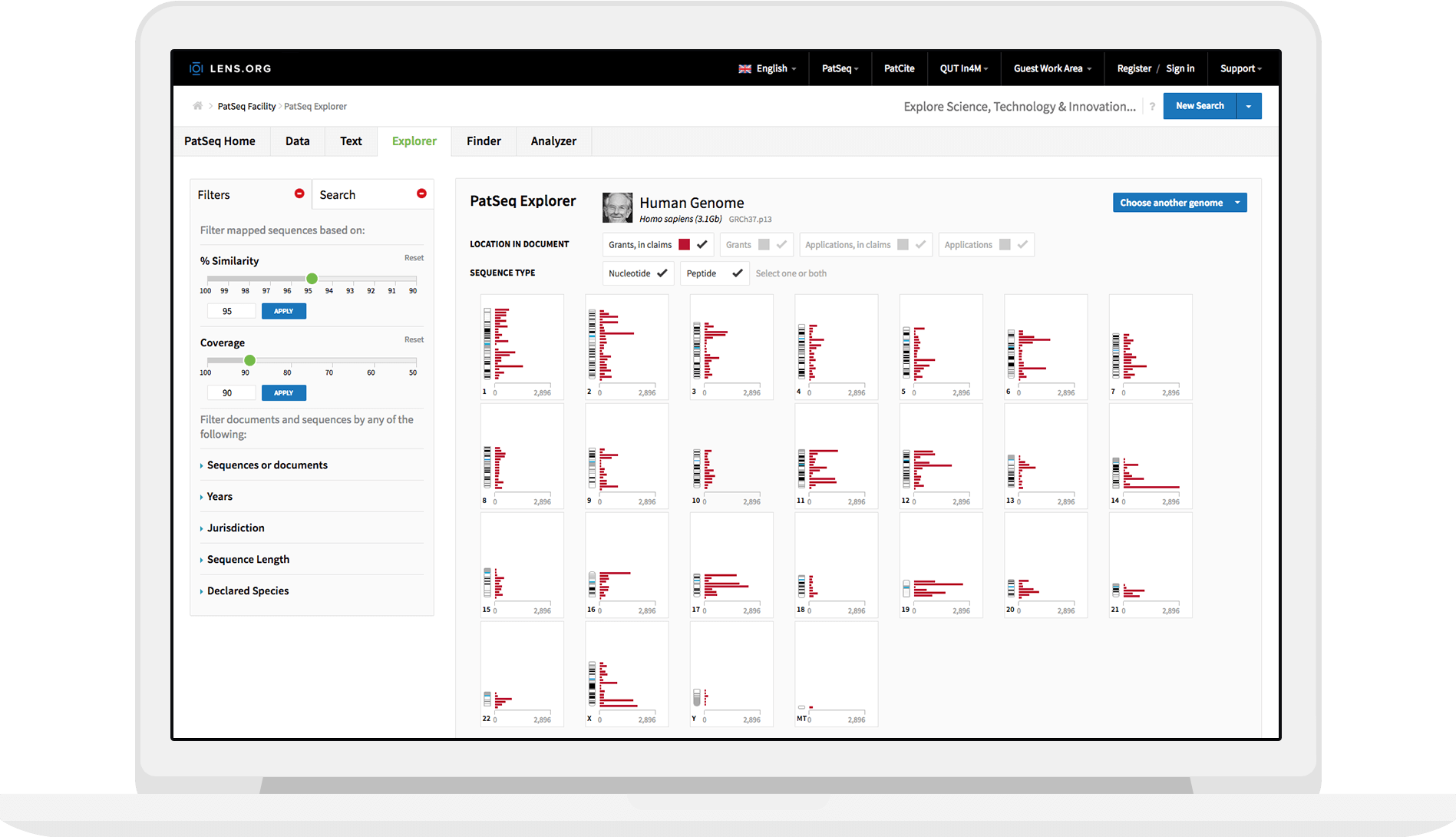 The tool allows people to see which genes, diseases, and traits are getting the most attention from the research community.

Why understanding patents is important

An important case study is the BRCA1 gene, when it’s damaged, increases the risk of developing breast cancer.

Recently, the Federal Court of Australia ruled that a patent for BRCA1 (here at The Lens: In Vivo Mutations And Polymorphisms In The 17q-Linked Breast And Ovarian Cancer Susceptibility Gene) was legal. Patents, in general, do not cover things found in nature. Those who support the patents argue that the genes being patented are isolated and prepared in a lab; and would never be found in nature in such a state. Those opposed argue that, amongst other things, the wider community loses access to research and the ability to put the gene through thorough scientific rigour.

The PatSeq explorer aims to arm people with more information about genes and patents so that they have a more informed view about such a significant issue of our time. 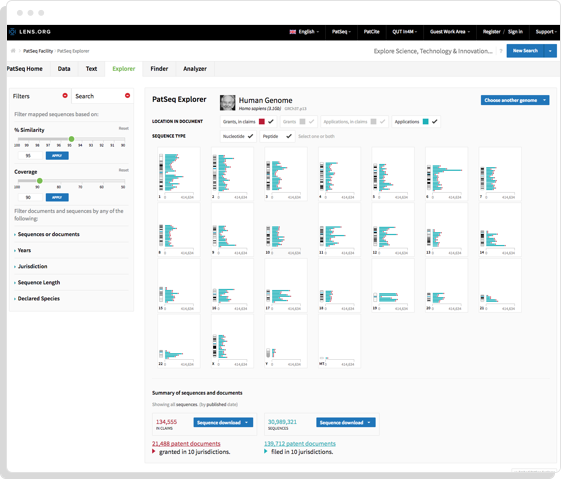 The genome is split up into chromosomes. Each chromosome is split up “bins” containing, say, 10 million base pairs. Each bin is a bar. And each bar is sized / positioned according to the number of sequences that appear in patent applications and grants. 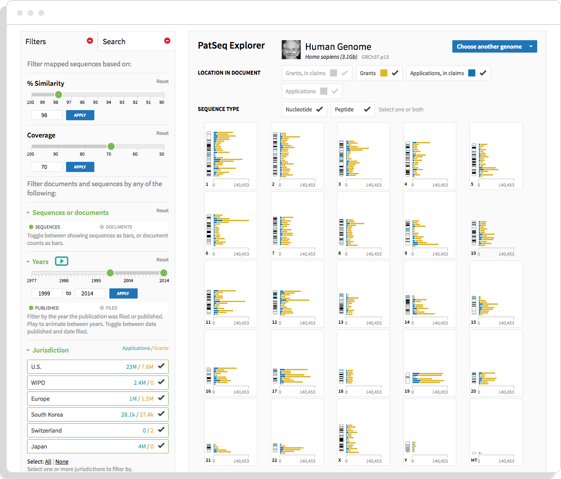 You can then filter and search by years, jurisdictions (eg: the U.S., Japan, the EU), search for specific keywords, and more fine-grained experts! The entire view can also be animated between a year range. 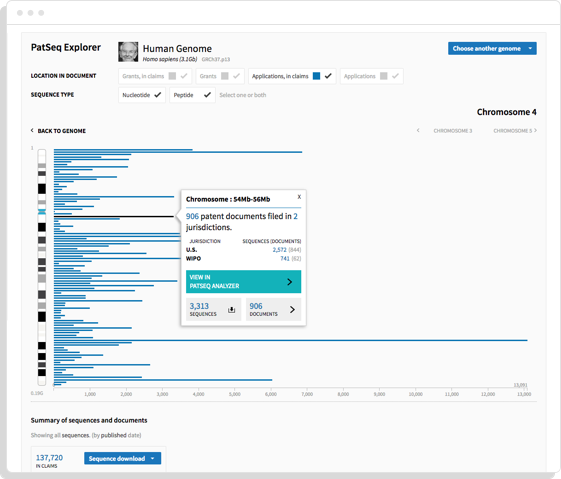 You can zoom into chromosome (and navigate between them) giving a more detailed look into the data. Here, the bin size is decreased, making the detail more granular. Each bin then has a tooltip giving more information about jurisdictions, sequence and document counts, links to The Lens, and even a list of diseases and traits appearing in that area of the chromosome. 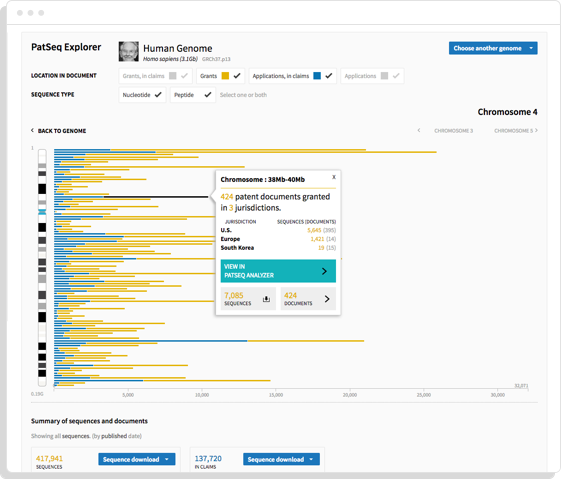 Comparing Grants and Grants In Claims

A sequence that appears "in claims" indicates that the patent is concentrating on that sequence, and is thus more important. A patent which has been granted is also more important than one that has been applied for. Therefore, sequences that appear in Grant In Claims are the most interesting. They can then be compared with the other categories, showing trends between the four.

The Lens is an initiative of Cambia, the Queensland University of Technology, and NICTA (who we worked with at the same time to create e-health demos at NICTA’s TechFest 2013).