Australian election results: one dot for every vote

The conventional choropleth map is limited to looking at average values for an area through a simplistic "winner takes all" view. This is inadequate for showing something like election results, as each of us has a unique view of the world, and that diversity is erased when we look only at majority opinions. We made this map to show the human and local complexities in the democratic process. 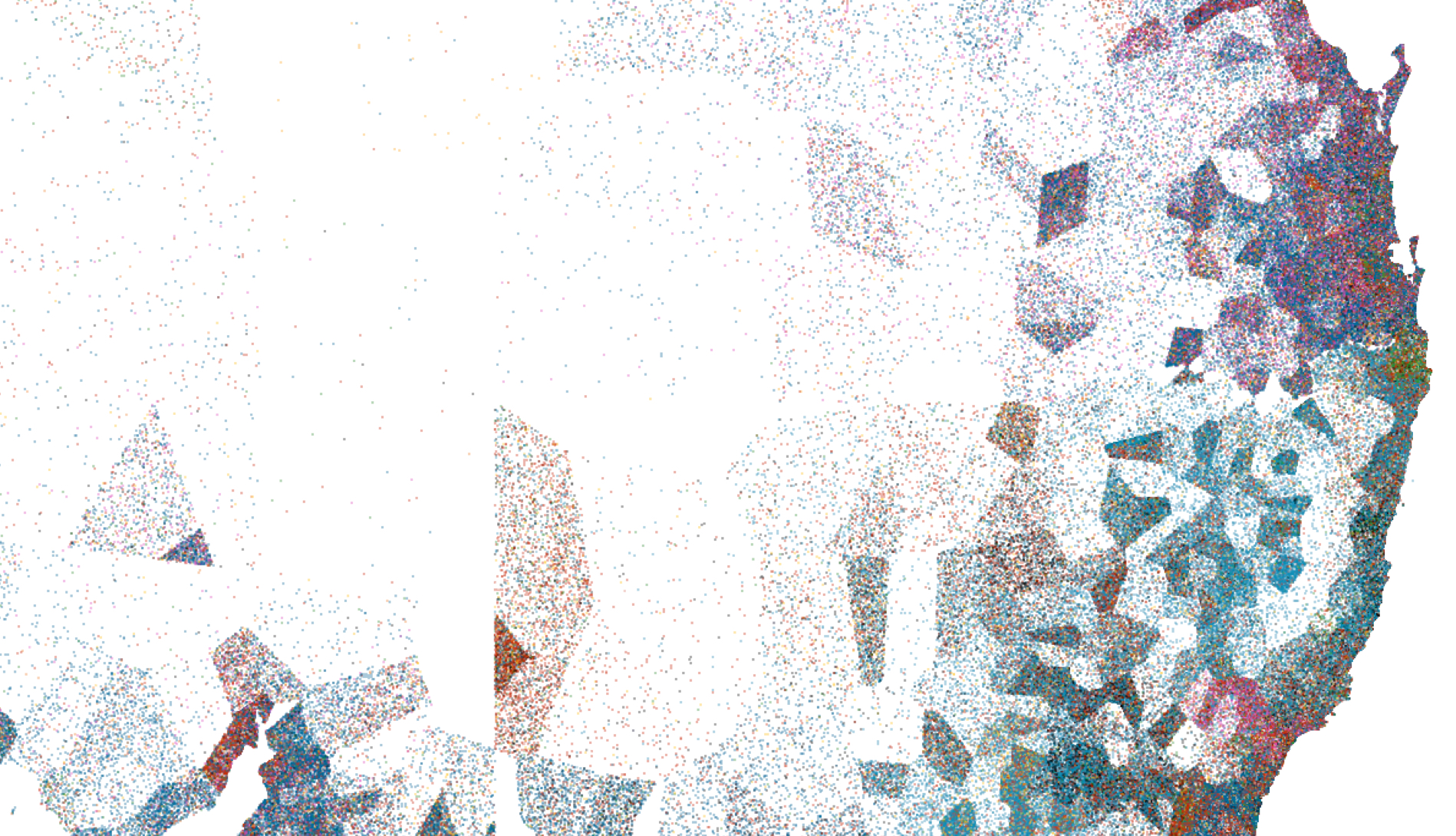 Broad brushstroke visualisations of “who won which seat” might tell you the results of the election, but they ignore a lot of interesting details. There are often little pockets and towns within each electorate where smaller parties such as the Greens, One Nation or Independents hold sway. They also miss crucial data points, for example the spread of voters - do the Liberal voters live in the north of a certain electorate, and the Labor voters to the south? Or do diverse views live alongside each other, with neighbours holding many different views in the one area?

One dot for every vote in Sydney and Melbourne, with strongly partisan and contested areas showing as brighter and muddier colours


Historical gerrymandering or accidents of geography might split a strong voting bloc between two electorates, meaning the opinions of that area rarely register in the final outcomes. This is the case with the many Greens voters in the Byron Bay area for example, who are split between the Richmond and Page electorates.

Rather than broad homogenous colour blocks for each electorate, Small Multiples’ Jack Zhao went completely in the opposite direction. Every vote cast is displayed as a single dot. Rather than abstract blocks, we get something more like a pointillist painting, where dots of pure colour blend from a distance to give an overall impression from a distance. Votes are randomly placed within Voronoi areas, with each area centred on a single polling booth. In this way the map also gives a sense of population density, clearly showing the sparse, non-metropolitan regions against the more dense towns and cities.